While it’s not as well known or widely studied as some of the other systems in the body — such as the circulatory, digestive, or respiratory systems — the endocannabinoid system (ECS) plays a vital role in balancing our neurotransmitter levels and maintaining whole body homeostasis. The ECS is responsible for regulating many processes of the body including immune response, cell communication, appetite, metabolism, memory function, and more. Basically, the ECS is constantly doing maintenance work on every part of your body — quite a gig! The entire system is made up of cannabinoid receptors, endocannabinoids and metabolic enzymes. Phytocannabinoids, like CBD, help our bodies remain in balance.

The ECS has to make sense of complex cell signals, genetic mutation, and constant sensory input triggered by external factors so that it can regulate and help “reset” your body. But how does it work?

The ECS is unique in that it works as a retrograde system meaning that it functions pre-synapse to post-synapse, enabling it to act as a “master regulator” of the body. This is achieved through a negative feedback loop initiated by the activation of a postsynaptic neuron synthesizing and releasing endocannabinoids as they target various cannabinoid receptors. Another factor that makes the ECS uniquely effective is its wide scope of influence which is due to an abundance of cannabinoid (CB) receptors located throughout the body — from immune cells to neurons. These CB receptors are able to directly influence incoming signals and even function as an “override” signal, which differs from most other cells.

For example, in the case of a broken finger, your body’s automatic lymphatic response would be to increase blood flow and send reparative white blood cells to the injury and surrounding areas. Then your ECS kicks into gear, reducing pain signals to the brain, recognizing the excessive lymphatic signals and determining when there’s no longer a need for increased inflammation; the CB receptors in adjacent immune cells and tissues will then bind to cannabinoids and slowly start to reduce the inflammatory response. Cannabinoids are rapidly synthesized and degraded so they don’t stay in the body for long in concentrated amounts, meaning cannabinoid therapy could be a much safer alternative to the risks posed by opioids or benzodiazepines. 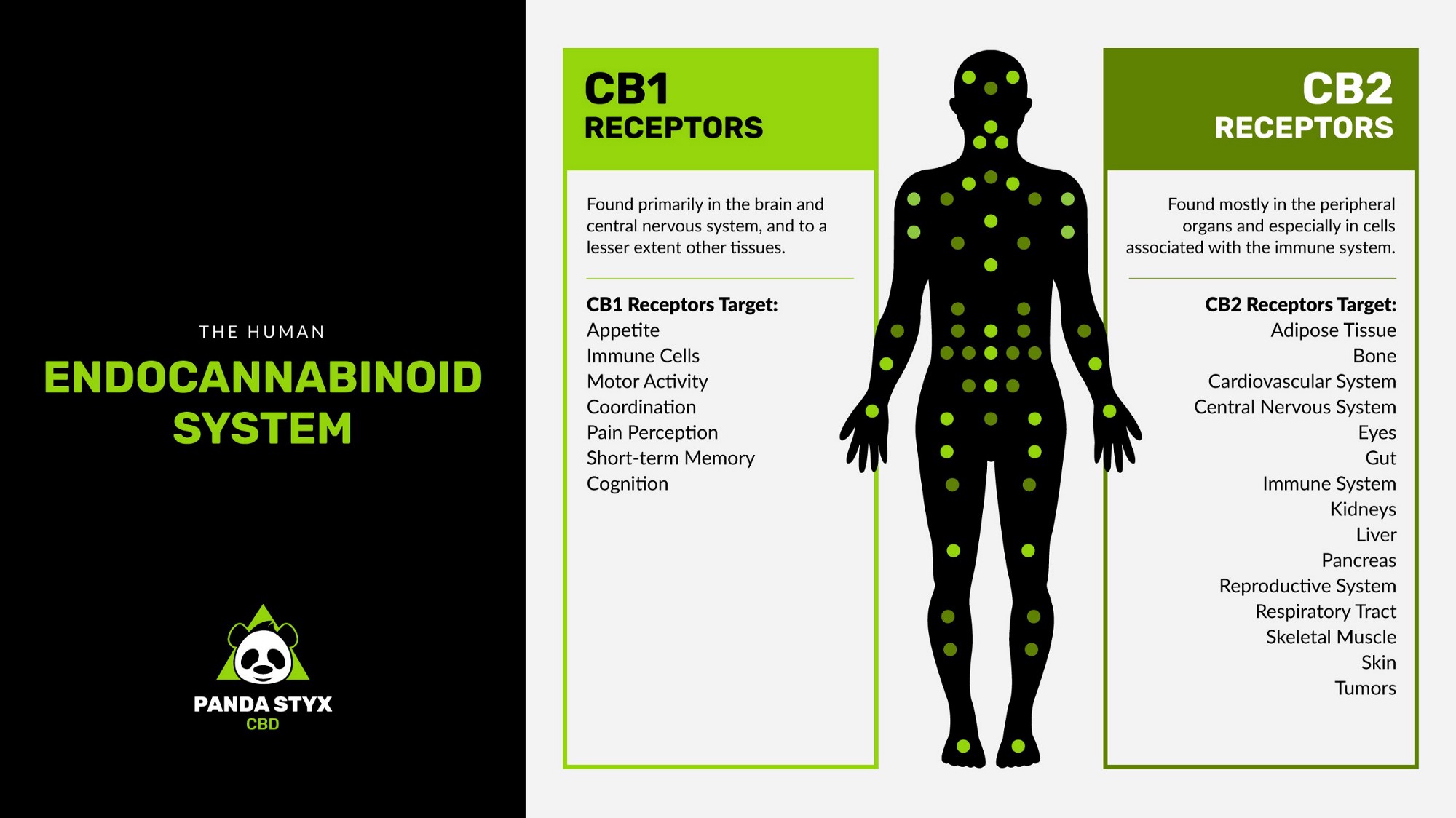 Continue to Chapter 3 - How to Use CBD